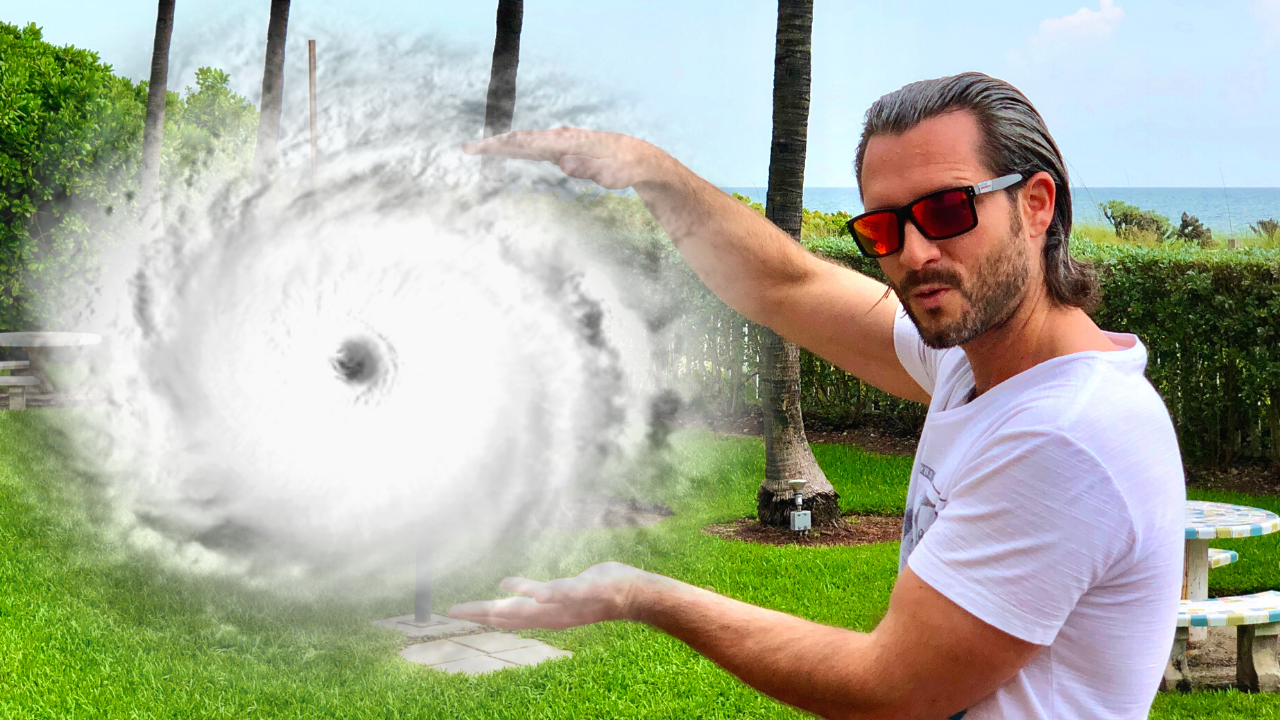 Let me first start off by saying, I have been living here for a little over 12 years now, and only 1 time, we have had a mandatory evacuation order here in Miami Beach. That was for hurricane Irma in 2017.

We had every intention of leaving, but things got a little complicated for us.  The storm really started bearing down on Miami on a Friday night.  But we were moving from our last condo to our current one on Thursday!

But we had a flight booked for Saturday early afternoon. That way we could make the move on Thursday, pack our essentials on Friday, and then bolt out on Saturday.

But then Wednesday night came, and we got the call from the airline, saying that our flight was cancelled…  Our flight was scheduled for Saturday afternoon. Damn…What now?

The first thing I thought was, we could have drove but thank god we didn’t.  At the time, I only had the Camaro, which had already stranded us a couple of times previously.  So it is not the most reliable vehicle in the world.  Plus, the news was showing a bunch of people basically stranded on the high way in bumper to bumper traffic, all trying to evacuate at once.

And like I said in one of my other videos, the only way to really get out of harms way all the way down here in Miami, is to drive north, away from the storm. Driving west is stupid, because if the storm changes path, (exactly like Irma did) then you just evacuated to the new spot that is being evacuated :\

So we decided to just take the risk and move into our new place. And that Thursday before the storm was such a beautiful day! It was the literal “calm before the storm” if you will.  We moved in, had all our stuff in boxes and had to ride out the storm like that.

Our new place was in shambles, no power, no water, no electricity for 5 days, plus the hurricane shutters closed so it was also pitch dark. What a way to ride out a major hurricane huh?

We did have one lucky thing happen to us while this was all going on. We found out that the 2nd floor of the building had full electricity (only on that floor) and there was running water and working showers!

The only problem was, we had to take the stairs down from the 18th floor, down to the 2nd floor, shower, and then back up…with no a/c and it was literally 100 degrees. But at least we had a way to shower!

Anyway, I could go on and on about this story because it will be burned into my brain forever, because of how much the situation sucked. I certainly would not want to go through it again.

Hurricane season begins on June 1st and ends on November 30th every year. A hurricane can actually hit Florida ANYTIME but these are the peak months where it becomes much more likely to happen.

I did some research on wikipedia to come up with these statistics if you want to check them out for yourself.

The most common months for hurricanes in Florida are September and October, which I can personally attest to since I have been here for 12 1/2 years now and those are almost always the worst months.

So How Many Storms Have Hit Florida Over The Past 150 Years?

These are referring to actual impacts when the storms hit the state, not just when you see them talk about storms on the news that “might” hit Florida. Every year we get a lot “mights” or “close calls”.

Obviously, none of this is “scientific” in any way, but rather just looking at the big picture to give you an idea of how many times per year we actually get hit by storms here in Florida

This actually only averages out to be about 3 hurricanes per year on average have it Florida over the past 150 years. The odds are not bad.

And as you can see from this table, out of the top 10 most powerful storms to have ever hit Florida in the last 150 years, 2 of them have been while I was living here!  Michael was a close one, but we didn’t get anything from that one down here in Miami.  And Irma is the one from my story at the beginning. And the fact that they were one year after the other is something to note.

My Opinion / Experience Over The Years Dealing with Hurricanes

Should you worry about hurricanes here?  Yes and No.  Hurricanes are extremely powerful storms, and you surely don’t want to be here for one.

But that being said, it is extremely rare in the grand scale that a hurricane will actually make landfall in Florida, and when it does, even more rare that it will make landfall where YOU live in Florida.

Besides hurricanes, we still have some very powerful thunderstorms here.  Yesterday was the perfect example.  I woke up at 7:30 in the morning from literally FEELING the wind pounding against my building, along with the rain.  And its been raining pretty much non-stop for about 48 hours straight.

So it’s important to note, that these “little” storms cause a decent amount of destruction as well.  They blow over trees, cause flooding, cause you to lose power on occasion and they are also wildly unpredictable and tend to come seemingly out of nowhere. And those strong winds are even enough to blow furniture off balconies and cause property damage, much like hurricanes do.

The thing is with hurricanes, you get warnings WELL in advance of one making landfall.  The only time you might get less warning than a week, is when one just “pops up” just off shore and then has the potential to make landfall within a day or two.  But being from the Midwest where tornadoes are common, getting a couple of days notice is still plenty more warning than you get when a tornado strikes, which is usually 15 mins or less if you are lucky!

But I also wouldn’t let the fear of hurricanes stop you from moving to Florida if it is your dream. Pretty much anywhere you live in the world has some type of natural disaster you have to worry about. In California you got earthquakes and wild fires. The midwest has powerful blizzards, tornadoes, and massive amounts of snow. In Florida, we have sinkholes and hurricanes. Small price to pay to live in paradise I say 😉